A bipolar disorder, previously referred to as manic-depressive disorder, is a chronic, psychological disorder characterized by alternating moods, then mania or a lighter hypomanic state of mind, then depressed. Drug treatment is often necessary. In addition, information, psycho-education and self-care can play an important role in the prevention of new episodes. 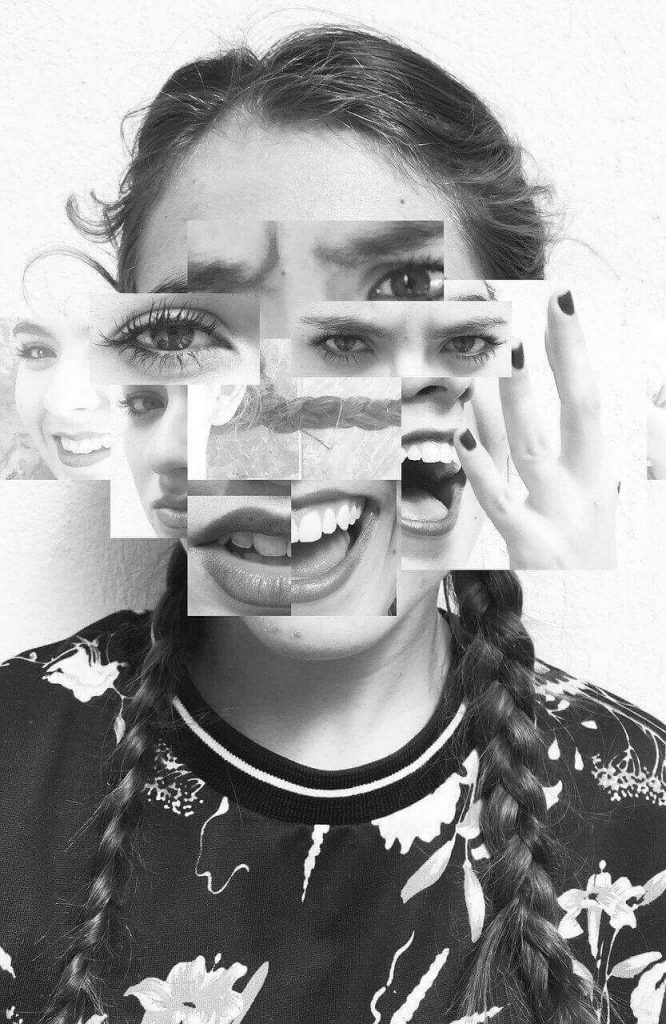 It is counted in the affective spectrum and occurs in 1,5% of the population. Some patients are free from episodes for years, others go from one episode to another. The mood swings can occur occasionally, with periods of normal voting in between, but also fast in succession. Fast and changing consecutive forms of moods is called “rapid cycling”. Mixed episodes can also occur in people with bipolar disorder. It may also be that a manic period can last for years before someone gets into a depression.

The disorder often manifests itself for the first time during or after adolescence, although it may also manifest itself later in life. Accepting the diagnosis by the patient is not self-evident because the symptoms are often seen as part of the personality. The condition can have a major impact on a person’s life.

In the past people spoke of manic-depressive disorder, a term introduced by the German psychiatrist Emil Kraepelin. The designation ‘bipolar’ was first used in 1953 by Karl Kleist. This less stigmatizing term emphasizes the bipolar nature of the disease: extremely exhausted or, on the contrary, extremely depressed.

Three forms of bipolar disorder are distinguished in the Diagnostic and Statistical Manual of Mental Disorders:

Furthermore, the manual also mentions a residual group: bipolar disorder not otherwise described. This includes disorders that have characteristics of bipolar disorder, but do not fit in the above classification.

A manic episode has a major influence on the functioning of the patient. Symptoms as described above are clearly present to a greater extent. Psychosis occurs in severe cases. In addition, the patient loses all contact with reality. In such a case, a (forced) admission to a psychiatric hospital is often inevitable. A person who is going through a manic phase can be a danger to himself and others.

The symptoms of a depressive episode as part of a bipolar disorder are largely the same as those of a clinical depression. Yet bipolar depression has its own characteristics.

During a mixed episode, both symptoms of depression and (hypo) mania occur. The combination of impulsiveness and depressive feelings can in some cases lead to suicide.

For the time being, knowledge about the causes is limited, but there are clear indications that this involves interplay of genetic vulnerability, factors in the development of the individual, and provoking psychosocial factors prior to an episode. Family research, twin studies and adoption studies have shown that genetic factors play an important role in the development of bipolar disorders.

The inheritance is multigenetic and complex, and there are still many open questions. Patients with a desire to have a child often inquire about the heredity of the disorder. Statistically, the chance that a child will later develop a uni or bipolar mood disorder is around 20%. If both parents have a mood disorder, the chance increases.

Antenatal diagnosis does not exist, and how one advises on whether or not to have children is therefore more dependent on other factors, such as the chance of a recurrence and the expected severity thereof, and whether pregnancy and parenthood may be too great. tax.

Episodes can occur after a stressful event, but also without a clear reason. Changes in the circadian (24-hour) rhythm, for example due to shift work, guarded nights, and jet-lag, can encourage manic decompensations. Mood episodes can also be triggered by a physical illness or the use of alcohol, drugs, or medicines.

The treatment consists of a combination of pharmacotherapy, psychoeducation, supportive counseling, and possibly targeted psychotherapy. Information and support for potential partners or other loved ones is essential, partly because they can play an important role in the early detection of decompensations.

The treatment has two phases: the acute treatment of mood episodes, and the prophylactic maintenance treatment. The medicinal treatment of acute severe mania, with or without psychotic symptoms, consists of antipsychotics and benzodiazepines, to which an mood stabilizer is added at an early stage.

In acute bipolar depression, the patient who is not yet using a mood stabilizer is adjusted to this, and in moderate to severe cases, an antidepressant is started simultaneously. The Dutch guideline recommends phasing out the antidepressant after a few months and to continue with the mood stabilizer.

If a mood episode is in remission, further treatment is first followed by a few months to prevent relapse. After that there will often be an indication for prophylactic medication, certainly if several (serious) episodes have already occurred and / or there is a familial burden for bipolar disorders.

Prophylaxis with a mood stabilizer is in principle continued indefinitely, since the condition does not heal but its manifestations are only kept under control. Lithium is still the drug of first choice, although certainly not effective in all patients. Carbamazepine and valproic acid can also be used as a prophylactic.

The prophylactic effects of atypical antipsychotics (olanzapine, quetiapine, risperidone and aripiprazole) and of the anticonvulsant lamotrigine are currently being investigated. If one agent is found to be insufficiently effective to prevent new episodes, either a combination of two or even three mood stabilizers may be given.

Treatment of the patient with bipolar disorder is always long-term and challenging for all involved. Treatment and prevention of mood episodes and the optimization of psychosocial functioning are central.

Read more on Wikipedia and visit the Bipolar UK community.

Thanks to our Sponsors:

This website is owned and maintained by people with no medical training. Please contact your doctor or a Samaritan if you’re in need of help!